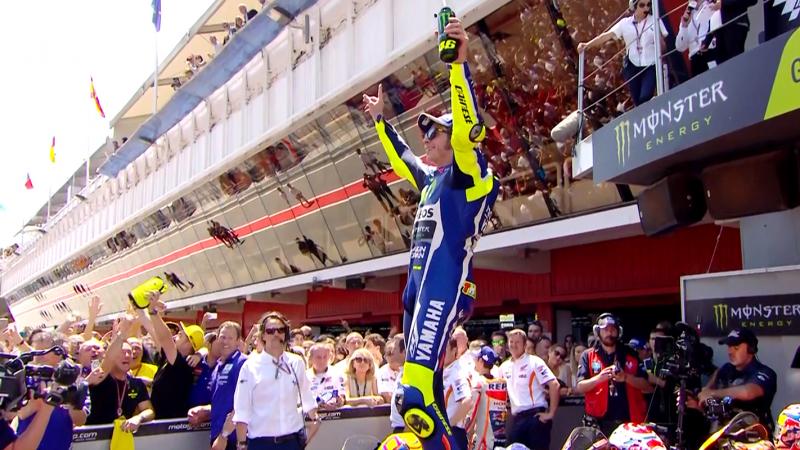 A race full of drama saw Rossi win a thrilling battle over Marquez as Iannone takes out Lorenzo.

Valentino Rossi won the Catalan GP after an excellent battle with Marc Marquez over the closing laps, as Jorge Lorenzo crashes out.

Anticipation for the MotoGP™ World Championship race at the circuit de Barcelona – Catalunya continued to grow as the riders sat on the grid, hiding from the scorching sun beneath their umbrellas. Marc Marquez (Repsol Honda Team) was on pole position, but both Valentino Rossi (Movistar Yamaha MotoGP) and Jorge Lorenzo (Movistar Yamaha MotoGP) seemed to have found something on the new layout in Warm Up. High track temperatures had riders cautious about tyre life, everyone except for the Monster Yamaha Tech 3 riders, Dani Pedrosa (Repsol Honda Team) and Tito Rabat (Estrella Galicia 0,0 Marc VDS) lined up with hard tyres.

Rossi: “One of the best victories of my career”

From fifth on the grid, Rossi was shuffled back in the opening melee and found himself down in seventh as the first lap began to play out. At the beginning of the second lap he and Maverick Viñales (Team Suzuki Ecstar) made an incredible pass on Andrea Iannone (Ducati Team), demoting the Italian to sixth. ‘The Doctor’ was on fire and was almost immediately on Pedrosa’s tail, passing him into the new Turn 10 on the third lap. On lap seven he took the lead from teammate Lorenzo with a classic move into Turn 1. Marquez came back at Rossi in the last five laps; the battle was fierce with no love lost between the two.

Marquez launched from pole position for the first time at his home race, managing to hold onto second into the first corner. The local rider soon found himself with Rossi for company, the Italian slipping up the inside on lap six. Marquez was not deterred and soon followed Rossi through on Lorenzo, right back with his great rival. Five laps from the end and they were right together, Marquez doing all he could to wrestle past Rossi. He may have been unable to battle for victory, but Marquez moves to the head of the championship and is ten points clear of Lorenzo in second.Marquez: “When I saw ‘Lorenzo KO’ my mentality changed”

Two perfect final laps saw Rossi glide to his second win of the season and return the championship to a three-way battle. A mistake at Turn 7 on the penultimate lap cost Marquez the chance of winning, taking second and moving to the head of the championship. Handshakes were exchanged between the two in Parc Ferme, the thrill of a great battle burying any hard feelings that may have lingered. All of the riders took to the podium wearing shirts to honour the memory of the late Luis Salom. 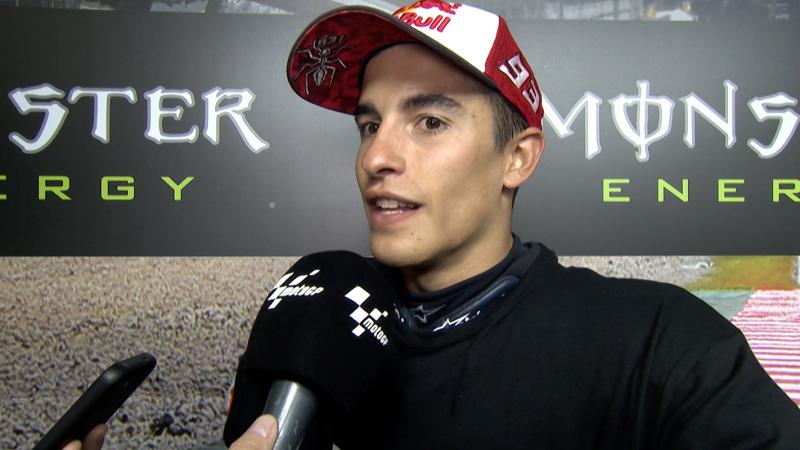 A reasonable start from Dani Pedrosa saw him within touching distance of his teammate during the opening laps. Both Lorenzo and Marquez were working hard to break away, Pedrosa happy to match their pace and try and break away. Try as he might he was unable to fend off the aggression of Rossi and Viñales, the experienced Spaniard working hard to take back a hyper aggressive Viñales. A mistake from the Suzuki man gave Pedrosa a lap of calm, the lifelong Honda rider able to pass Lorenzo for third on lap nine. It proved a lonely end to the race for Pedrosa, his second podium of the year going largely unnoticed due to the action out front.

Jorge Lorenzo made a perfect start and rocketed off the line to lead into Turn 1, holding the advantage as the field completed the first lap. The triple MotoGP™ World Champion looked comfortable at the front but his lead wouldn’t last. On lap seven he went from first to third within just a few corners. His pace continued to drop and he found himself in fourth as Pedrosa went past, Viñales following soon after.

The situation grew worse with each lap but on lap 17 the almost unbelievable happened as Andrea Iannone left his braking too late at Turn 10, smashing into the back of Lorenzo. Both riders went down, Lorenzo clearly furious with the Ducati rider. Iannone attempted to apologise but Lorenzo was distraught, his championship lead gone. He may have been out of contention for victory, but could have certainly scored points were it not for Iannone. As a result of the incident Iannone will start the Motul TT Assen from last place. 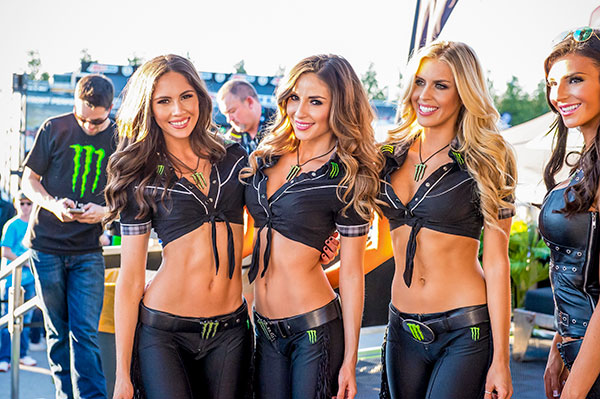 Viñales was more aggressive than ever in the opening laps, slamming himself and his GSX-RR up the inside of any rider ahead of him. His aggression would be his downfall as he made a number of mistakes, forced to concede positions and briefly losing contact with the podium battle in the process. The 2013 Moto3™ World Champion rallied found himself battling with the 2015 MotoGP™ World Champion Jorge Lorenzo for fourth. After laps and laps of trying, he finally got past his fellow Spaniard to move into fourth, where he would finish.

Hector Barbera (Avintia Racing) was demoted a position at the end of the race for exceeding track limits. This granted Jack Miller (Estrella Galicia 0,0 Marc VDS) his first ever-top ten in the premier class.