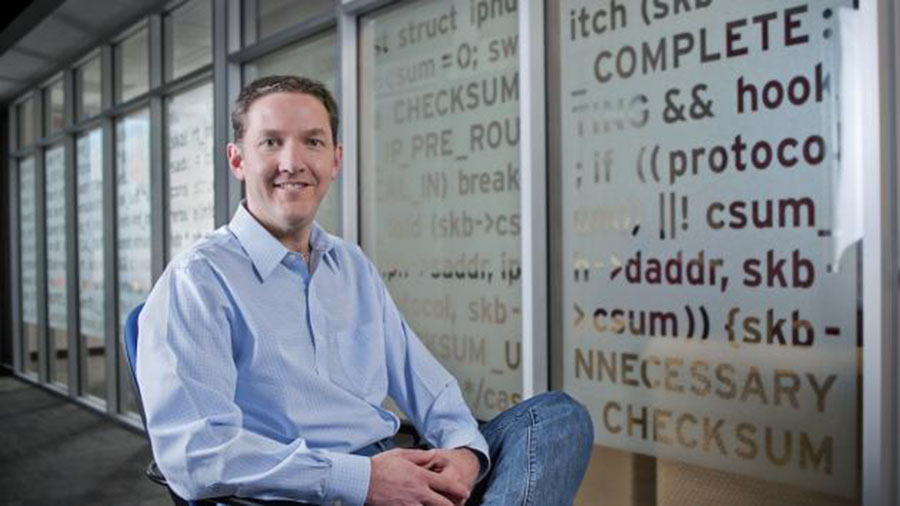 Whitehurst, chatting hours after Red Hat (NYSE: RHT) announced a 17 percent revenue jump in the first quarter, says the Tesla CEO was on point when he decided to make his cars’ patents open-source.

And he saw it coming – well, maybe not Musk’s announcement specifically.

But throughout our conversations over the past two years, Whitehurst has been bullish about his belief that open-source technology drives innovation.

“Everybody loves to talk about cars,” he laughs. “So it does just bring more public attention to the dynamic.”

Specifically, it brings attention to a growing debate among innovators – open source or a closed model? You know Whitehurst’s take.

“We believe you get better at innovation if you have a lot of people working together to solve a problem,” he says. “You can’t do that if you have people trying to protect their own property anad keep it locked up.”

It’s working for Red Hat, which, along with analyst-exciting earnings, has been making technology headlines all year, from the launch of Red Hat Enterprise Linux 7 to the acquisitions of InkTank and eNovance.

RHEL7, Whitehurst reminds, is the firm’s “biggest release, in terms of numbers of new features.”

The platform aims to work with reality, he says – the reality that most IT departments will be using multiple technologies. This latest Linux release is built to work with competing technologies such as Microsoft.

“We’ve really made it easy to consume,” he says.

And, while he maintains that Red Hat was “already ahead” when it came to OpenStack, an open-source software cloud computing platform, the recent buys solidify that lead.

“Our observation is that the interest and demand for OpenStack far exceeds our capability to deliver it,” he says. “Recently, we had a group of sales people together and we asked ‘how many of you could sell more OpenStack consulting if we had the capability?’ and almost everybody raised their hand.”

That’s what the acquisitions are about, he says, meeting that need.

While Red Hat continues to actively hire, the eNovance buy instantly adds more than 100 capable team members, he says. And Ceph, a product of InkTank, owns the storage market regarding OpenStack. Put them together, and you accelerate your OpenStack offerings, Whitehurst says.

I ask him if any additional acquisitions are planned.

“What would be the fun in ruining a surprise like that?” he laughs. “We continue to look at how we fill gaps in the portfolio. We’re in the middle of a real significant shift in computing and we plan to play in it and be a winner in it.”

And his firm is making a financial commitment to make Raleigh a winner too – specifically its entrepreneurship community. Red Hat, along with other players such as Cisco and Blue Cross and Blue Shield of North Carolina, joined with local venture capital firm Bull City Venture Partners in a recent $26 million fundraise. The cash is intended for investment in early stage entrepreneurs. While Whitehurst doesn’t rule out the fact that portfolio startups could one day become acquisition targets – he says the initial goal is to make the technology community in North Carolina more robust.

“Showing that there’s a vibrant ecosystem, an entrepreneurial community here, really is important… That makes this area more attractive,” he says. “And it makes us a more attractive employer.”