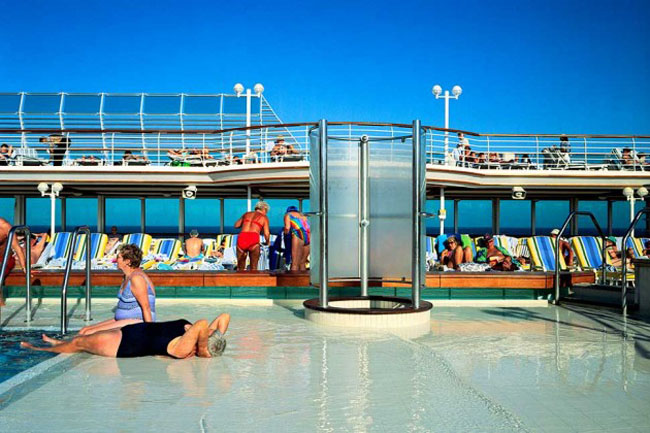 About 21.7 million people are expected to take a cruise this year, with Americans making up more than half the industry’s passenger count. But highly public “voyage disruptions”–the industry term for a nightmare cruise that garners nonstop cable TV coverage–and the reality of a mature market have cruise lines struggling to stoke new demand in the world’s largest market. Almost 52 percent of cruisers hail from the U.S., according to the Cruise Lines International Association, the industry’s trade group. The next largest cruise market, the U.K. and Ireland, supplies only 8 percent of passengers.

A big problem for cruise lines is that many people who’ve never been on a cruise vacation assume they won’t like it. Common remarks you hear from non-cruisers:

The industry is confronting “a harder core of people who have negative preconceived notions of what cruising is,” Carnival (CCL) Chief Executive Officer Arnold Donald said Thursday on a conference call with reporters.

“It’s clear to me that as an industry we have not done a good enough job effectively communicating to the public … to those who don’t know what cruising is,” Donald said. “It’s not just 3,000 people at a buffet line and super crowding.” This is one reason that cruise lines are seeing torrid growth in China, Australia, and New Zealand, which are virgin territories for the industry. Consumers there tend not to have notions of what a cruise is or should be. Moreover, the cruise industry still isn’t sure what kind of market the millennials will represent. Some of them have cruised with their parents, but many others are turned off by the notion of a passive vacation on board a ship.

In North America and Europe, “we just haven’t effectively conveyed” the cruise experience, Donald said. “And also we haven’t effectively conveyed the value of what cruising is compared to land vacations.” The people who do that best are satisfied customers, Donald said. “Getting a neighbor or a relative saying, ‘Look, it’s not what you think it is—and you’re coming with us the next time.’ And there’s nothing more powerful than that.”