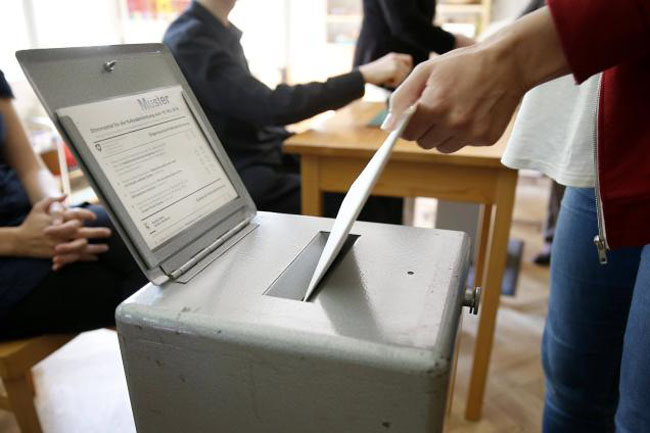 Swiss voters have defeated a proposal to introduce the highest minimum wage in the world.

The country’s election authority said a preliminary tally showed 76% voted against the proposal and 24% voted for it.

Labor unions had campaigned for months to win public backing for a minimum hourly wage of 22 Swiss francs, or nearly $25. Adjusted for the cost of living, it would be worth about $17.60 in the United States.
The Swiss government and business leaders had warned that the initiative would destroy jobs, hurt lower skilled employees and make it harder for young people and others to enter the workforce.

Switzerland is a wealthy country, enjoying above average rates of growth and employment and relatively short working hours.

But unlike many advanced economies, it does not have a statutory national minimum wage. Pay is set in negotiations between companies and individuals, or with employee representatives — sometimes across industrial sectors.

Swiss unions argued that it was a disgrace that 330,000 mainly young workers in one of the world’s richest countries don’t earn enough to support a decent quality of life. Many work in retail, hotels or restaurants.

The minimum wage would have meant raising the wages of about one in every 10 workers by an average of 15%. Campaigners said Switzerland could afford the additional cost — estimated at 1.6 billion francs, or about 0.3% of GDP.

Germany is planning to introduce a national minimum wage next year for the first time, at 8.50 euros an hour. That’s worth about $15 in the U.S.

Switzerland’s constitution allows popular initiatives to be put to a national vote four times a year, provided the organizers gather 100,000 signatures in support. In order to force a change in the law, an initiative needs to be approved by a majority of the electorate and the country’s 26 cantons, or districts.
Voters surprised many observers in February by approving limits on immigration despite warnings of damage to relations with the European Union and business.

A popular initiative to give shareholders more control of executive pay won clear backing from voters in March 2013, although a more radical attempt to cap top salaries at 12 times the lowest paid employee’s compensation was rejected by a big margin in November.

Vodafone’s U.K. customers to get Netflix access with 4G plans